What’s the fear of looking bad costing you?

It’s amazing what fear does to us.

This summer, I was scared to death to invite my Facebook friends to like my blog. I know it sounds stupid, but I was certain that as soon as I started asking people to like my page, that would be the end of our relationship for good. They’d think I was an idiot, and my life would be over.

The same thing happened when I was getting ready to launch my podcast. “You know, Bo. No one’s going to want to listen to you,” I told myself. “Who says you even know what you’re talking about anyway?”

When we really want to do something – something we’re passionate about – we’re so good at coming up with excuses. And at the heart of each one is fear. We’re deathly afraid of making fools of ourselves.

But we’ll never achieve what we really want to until we go ahead and put ourselves out there!

The good news is that you don’t have to let fear chain you. If you change the way you think, you can change your future. Proverbs 23:7 says it well: “For as [a person] thinks within himself, so he is.” 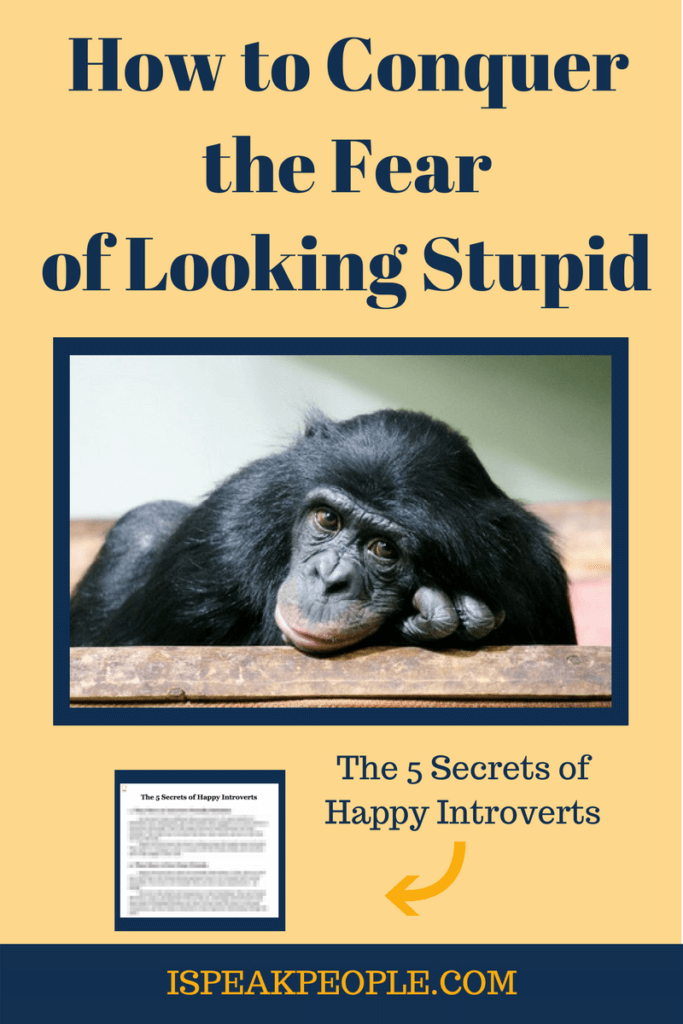 Out of Your Comfort Zone.

I recently attended a workshop devoted to mindsets and how they affect our learning. The presenter was sharing some of Carol Dweck’s research. Dweck is the author of the book Mindset and a professor at Stanford University.

According to Trevor Ragan, the presenter, we learn best when we’re on the cusp of our comfort zones – or out of them. Think back to the time you were learning to ride your bike, dance, play an instrument, or do anything you wanted to do. It was awkward and an unnatural at first. And it’s always that way when we learn something new.

Nevertheless, it’s when we’re pushing into that space where we feel awkwardness that we’re in the best position to grow.

Trevor went on to share an interview with Seth Godin. In it, Godin explained that much of what we do is impacted by a part of our brain called the amygdala. The amygdala is about the size of two walnuts, and it’s responsible for our “fight or flight” responses. If faced with the choice between stretching itself or staying glued in the comfort zone, the amygdala will always choose the comfort zone. Always.

You may have experienced it’s power when you wanted to play an instrument in front of a group, but you resisted. Or you wanted to try out for a sports team but were afraid of not making it. Maybe you wanted to submit an article you wrote to a magazine but feared rejection. That’s the amygdala at work.

Rather than fight our amygdalae, Godin suggests we use them as compasses. Whenever something we want to do scares us, we should interpret it as a positive sign that we should do it; we’re on the cusp of learning something new and awesome.

It’s Normal to Feel this Way.

During his presentation, Trevor cited a Harvard Business School experiment, where they put this research into practice. Researchers asked a group of students to perform a song on a video game, after which the game gave each of them a rating.

The researchers initially divided the students into two groups. They gave the first group no instructions. They just asked them to sing. Before the second group sang, however, the researchers told them that it was okay to feel anxious while they were singing. That was the only difference.

In the end, the first group averaged a score of 50 percent, while the second group got an average of 80 percent.

What Have You Been Putting Off?

It’s so easy to stay in our comfort zones. We’re safe from looking bad there. But few meaningful or exciting achievements come from playing it safe.

What’s that one thing that you’re dying to do but keep putting off because you don’t want to look bad? What would it mean to you to finally do it?

For a year now, I’ve wanted to do a webinar, but I keep putting it off, afraid no one will sign up and that people will think I look stupid.

Well, there’ll be no more putting it off. I’m doing it. It’s where I need to be in order to grow. And who knows what could happen when I follow through!

How about you, my friend? I challenge you to write down your one thing. Then, tell a friend or two what it is, and come up with a date by when you’ll do it.  You won’t regret it!

Nelson Mandela said, “The brave man is not he who does not feel afraid, but he who overcomes that fear.” Feel the fear, and do it anyway!

Were you ever afraid to do something but did it anyway? Share a time you busted out of your comfort zone in the comments below!