What kind of information do you trust?

Sensors like what they can see, hear, touch, smell, and taste. They think about what’s happened in the past or is happening now.

In contrast, intuitives look beyond what’s immediately observable. They come up with insights and ideas and think about what could be.

While all of us use sensing and intuition, we prefer one over the other. Which do you prefer?

Are you a sensor or an intuitive? 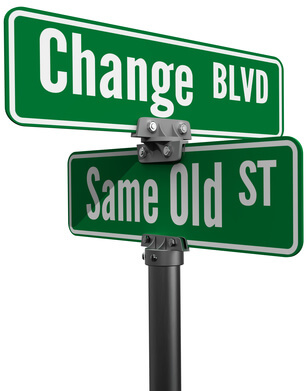 1) What Attracts Your Attention?

Are you a detail person or a big picture kind of guy?

Sensors tend to miss the forest for the trees. They’re detail hounds. When working with data, they analyze each point individually, turning it over and inspecting its facets.

But intuitives have the opposite problem: they may miss the trees for the forest. They’re tuned into overarching themes. They make connections between ideas by analyzing several all at once. And they seem to leap to conclusions because the connections they make aren’t always obvious.

As a result of their wiring, sensors appreciate the past and the present – what can be seen, heard, touched, smelled, and tasted. They trust experience.

That’s not the case for intuitives. They live in the future because that’s where possibilities and change are found. Intuitives trust inspiration.

My wife and I wrestle with these different values every Christmas. She loves the traditions. Cutting down an evergreen, unboxing wreaths, and baking gingerbread men release a flood of memories. And she relives the pleasant sensory experiences she’s had over the years.

While I like Christmas, I want to try something new. Instead of opening presents on Christmas morning like we’ve always done, I’d rather go for a walk reflecting on what I’m thankful for. I want to compose new songs. I have a hard time with tired old carols.

2) How Much Direction Is Enough?

The kind of information you focus on also impacts how you approach your work.

When you’re given a project, do you like detailed instructions? Or do you want the basic parameters and a general picture of the end result?

Most sensors need clear, step-by-step directions. When they work and think, they do it in sequential order. They’re often methodical workers who want to do their work with accuracy and precision.

As soon as they develop a system that works, they use it again and again. While they may tweak a few details here and there, there’ll be no major overhauls.

Here’s a recipe for driving a sensor nuts: tell him to complete a project but leave out the detailed instructions.

Intuitives and change go together like chocolate and peanut butter. Intuitives create their own processes and systems for doing their work because that’s what’s energizes them. They value orginality and creativity.

They get bored using the same old approaches again and again. They’d rather mix things up, learn new skills, and trying different ideas – anything but the same old same old.

Want to make an intuitive lose his mind? Force him to follow an instruction manual – and don’t ever allow him to try a new idea.

A sensor I know enjoys mowing his lawn for the final product: the lush, green quilt of uniform, parallel lines. All the weeds have got to be pulled, and the hedges must be well-trimmed. Otherwise, he can’t rest.

An intuitive will mow his lawn for an altogether different reason – to see if he can get it done faster. He’ll mow it diagonally or vertically instead of horizontally. Or he’ll see if he can speed up the lawn mower a bit without leaving clumps behind him. He may even start in the back of the house instead of the front.

What you talk about also reveals your preference.

Typically, sensors discuss events at a surface level. They tune into the news because they’re fact collectors and traders. They know what’s going on in the world and in their social circles.

The sensors I know – even the introverted ones – can’t resist finding out who someone is, where he lives, and what he does. They don’t necessarily want a relationship with him. They just want to know about him.

Intuitives talk about the future and ask What if? They make surprising connections between people and things that sometimes make them look scatter-brained. And ideas are intuitive candy.

When inuitives do talk about facts, they usually interpret them. If neighbor Jim is selling his house they dig into why and predict how everyone else will be affected.

What about you? What are you tuned into? Your senses or your intuition?

Think about it. Then, write it down. When you’ve got it figured out, check off part two of your Myers-Briggs personality.

Do you prefer sensing or intuition? How do you know?

Other blog posts in this series include: